Let's start by assuring you that the title isn't false—I quite literally didn't mean to sell an NFT of my creating. So how about we unpack that, yeah?

But first, if you don't know what an NFT is, to the bottom of this post to get your background.

Wanting to do a quick test to see how easy or difficult it might be to mint an NFT I popped over to OpenSea—probably one of the biggest marketplaces of such things. They've got a handy creation tool that allows you to set a number of different parameters. Here's what it looks like:

One thing that's nice about how OpenSea does the whole thing is that they use various smart contracts to allow for the creation of NFTs, and listing them for sale, all without minting them just yet. They're using the ERC-1155 token standard to do this, vs. the more common ERC-721 standard.

Jargon aside, what you need to know is this: to sell any kind of NFTs on Ethereum, usually the creator has to pay to add those objects to the blockchain. This whole process is called "minting" and you spend "gas" to do so (which is typically paid for in ETH). Because all of this is so dang popular right now, the gas fees can be incredibly high to mint objects—sometimes upwards of $150-$200.

This is why the ERC-1155 standard is kind of neat—with OpenSea I was able to create the thing without having to pay for the gas up front. When a buyer comes along or the object is transferred to another account, that's where the gas fee comes in—that's when it's truly "minted".

So what did I create? Just a little variation on a logo I've had around for a long time, which in and of itself is a variation on something that the fine folks at Butchershop made for me years ago. Threw a sunrise gradient behind my logo and done.

It should be made clear that I didn't actually intend to sell this thing to some other person. Like, why the hell would they want it to begin with—it's literally just my logo. But because I'm an idiot, I set up a listing price as $1 and just hit Post Your Listing without realizing it was going to …post the listing…for $1. Not an auction with a reserve price of $1…just…for sale at $1. Idiot.

Here's the listing that went live:

All told it was super easy to do, took just a few minutes, and was fun to see the process through.

Sometime later in the evening last night I got an email from OpenSea and proceeded to audibly proclaim:

…as in the dread kind, not the "that's pretty cool" kind.

This is when I realized that some random person stumbled upon my profile and paid all of $1 for the logo. Wilder yet—remember that bit above where I mentioned that the buyer had to pay the gas fee? Yeah…they did. $40 worth.

So…someone stumbled upon my logo, paid the buck, paid $40 in gas to actually mint the thing, and now it is real—an object I made just to test some shit is permanently affixed in the Ethereum blockchain. And after that momentary dread, I came to the following conclusion:

This is pretty fucking cool.

By pure happenstance and accident, there's now a digital object floating around and because of this story, it truly does become a "1 of 1" edition. And now, 0x720a4fab08cb746fc90e88d1924a98104c0822cf, otherwise known as brandonkangfilms is the owner of said object (and what a mighty nice collection he has otherwise).

This whole space feels exciting, with so much creative expression happening and tons of enthusiastic new collectors coming to play. NFTs are enabling a new creative rennaisance—one where the artists are going to get paid, and also rewarded in royalties as their work is traded later on. And that's awesome.

So, will I try again, this time with something I actually intend to put out there for sale? Absolutely. I've got a few things in the hopper that I'd like to drop soon, and hopefully this time I won't be an idiot and list them for $1.

Here's your primer on NFTs:

And if you haven't already checked out a post of mine from a few days ago on some possibilities for NFTs, maybe check that out too: 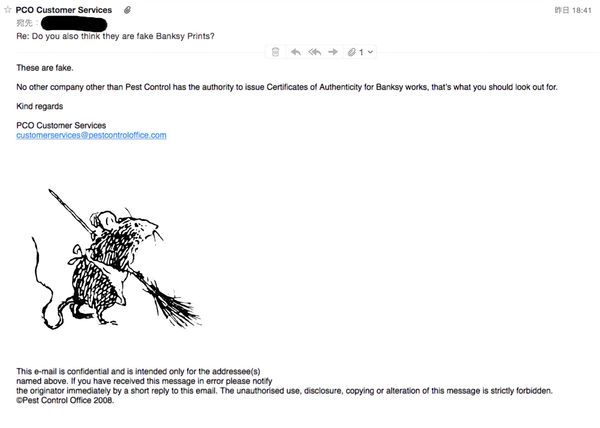 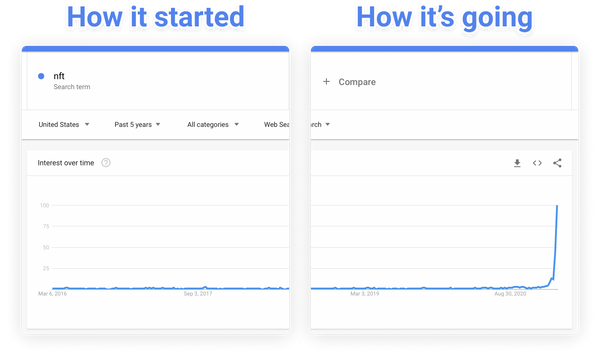 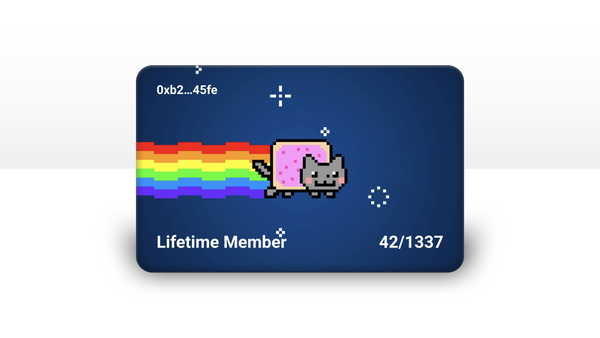