Between my digital addiction and penchant for procrastination I’ve struggled for a very long time to feel like I spend my downtime meaningfully and productively. Over the last few weeks and months though I’ve started to do just a couple simple things that have turned out to be pretty dramatic improvements to my otherwise horrendous non-routine. Some will be obvious and leave you with a “are you serious, Matt?” statement in your head. Others may be just plain bollocks. But at least for me, they’ve been helpful. Here’s five little things I’ve done lately that have helped me:

Set up a dock for your phone somewhere away from arm’s reach, especially the bedroom

The more you can separate your phone from convenience the less you’ll pick it up and spin that hamster wheel of digital delight. Personally I’ve found it extra helpful to use my Apple Watch so I’m able to at least handle quick responses to texts, or control audio if need be. Oddly enough I’ve started to use Amazon’s Apple Watch app a lot more simply because it allows me to quickly “jot” down little household things I need. The more the phone sits on the dock, the less I feel dependent to it.

Note: The dock is necessary in this case. I tried a plain cord for a while but found myself just standing there still using my phone. The dock makes things much more inconvenient.

Listen to an audiobook or podcast

Rather than mindlessly staring (or most likely barely listening while you swipe around on your phone) you’ll have a chance at actually tuning in to something meaningful. The bonus here is that you can perform chores that are otherwise dull and they just become white noise rather than annoyances. Turns out I actually enjoy the act of folding laundry and ironing now (WTF is wrong with me). With audiobooks you’ll knock out reads in no time that would have otherwise sat on your shelf without attention for months.

Absolutely no screens at bedtime

This one’s hard to adhere to, but the more you do it the happier you’ll be. Screens are notoriously problematic for our sleep cycles. But worse we’re all the more likely to pick up our phones and mindlessly use them as we try to wrestle our eyes awake in the morning. Instead keep your devices away from the bedroom, and use the allure of your digital crack as a reward of getting out of bed.

Note: With my phone being less accessible upon waking, I’ve found it far easier to start my morning immediately with a shower or workout rather than hazily staring into my inbox or missed notifications. Trust me, this is far more satisfying.

Try to stick to completing tasks that will otherwise have a high likelihood of procrastination. If a dish is in the sink, deal with it…either put it in the dishwasher (if you’ve got one), or clean it. I might let the dishwasher build up for a few days, but as soon as things are clean they’ve got to be put back within a day. Don’t let the laundry sit for more than 24 hours waiting to be folded…that’s a necessary task that’s going to be a constant till you take care of it. The more these easily accomplishable tasks sit without action, the more of a burden they’ll be in your mind.

My brother told me this one and it took me forever to actually do it, but I finally understood the value in his tip: a stack of flat cardboard looks a lot less shitty and transports much more easily to the recycling. Simple as hell, but surprisingly useful.

That’s it. I’ll probably update sometime in the future when I discover other little tricks.

Feel free to write a response with other little things you do to help your routine and I’ll be happy to recommend it.

Get the latest posts delivered right to your inbox

I was rummaging around in some old files today when I came across the original pitch decks for Circa. One in particular was a trip down… 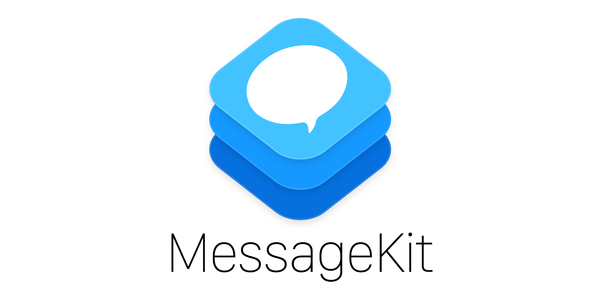 Preface: This post continues to get a lot of attention, especially following Facebook’s Messenger Platform announcement. It should be noted this was published June 2015. It’s exciting to

Stay up to date and get all of my latest posts delivered straight to your inbox.